Cyprus has been given the fashion seal of approval thanks to British designer Ada Zanditon, who chose to film her Spring/Summer 2013 collection here. With former resident Thomas Knights behind the camera and local assistants helping to complete the project, this was a collaborative effort that puts the island firmly in the spotlight. 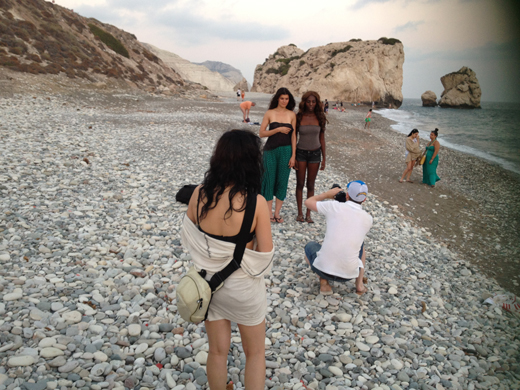 Staying in Pissouri, which she described as “rustic and charming”, Zanditon shot the fashion film Tigress Reign over five days with a small team, getting to know the locals in the village and also providing a cameo for the quad bike driver who guides the film’s two characters through the landscape. Director Thomas Knights was instrumental in choosing Cyprus as he grew up here at the Akrotiri military base. He enjoyed showing the rest of the team around his childhood haunts, such as the salt lakes next to Ladies Mile Beach, which became an ideal setting for parts of the film: “It’s a huge expanse of dry salt flat, with Limassol in the distance and Mount Olympus looming in the background.” The salt flats have become popular with kite boarders in recent years and are expected to become one of the island’s best destinations for trying out the sport, so it was fortunate that the crew had the area to themselves during the shoot.

Thomas suggested Cyprus for the film shoot as its landscape in summer is “a bit like the Californian outback mixed with a Martian desert,” which then contrasts brilliantly to the vibrant and intricate pieces that Zanditon has created. The overall result gives the island an injection of glamour and its scenery makes a dramatic backdrop to Zanditon’s designs, which are all sustainably made in the UK and feature eye-catching prints and beautiful silks. 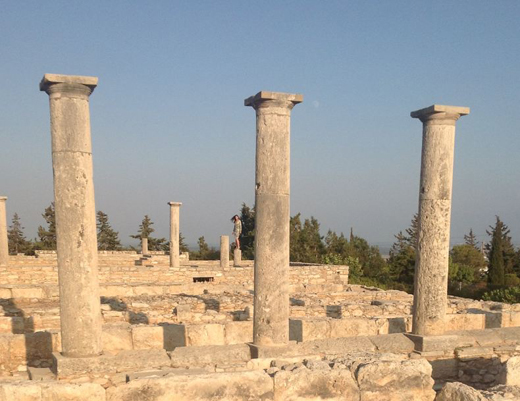 One of the most striking locations in the video was stumbled on during filming. “We discovered an abandoned basketball court, part of a children’s playground in the hills close to Aphrodite’s Beach,” explains Ada, “The scenes we filmed there were stunning.” Everything was made possible thanks to the hard work of a small team including stylist Alexis Knox, with support from easyJet Holidays and Illamasqua, but the locals also contributed heavily to the finished film, with one Cypriot quad bike driver getting himself a starring role during an epic chase scene. The crew also made friends with many of the locals in Pissouri village, causing great excitement during their stay.

When the video premiered at London Fashion Week its shooting location became a huge talking point, with many industry insiders keen to see Cyprus for themselves after watching it on screen. If it becomes something of a trend in the future to shoot on the island, just remember that Ada Zanditon was the one to start it.

You can see the video for Tigress Reign on YouTube.