Cyprus is a smaller island in the European Mediterranean Sea, close to Syria, Turkey and Lebanon. It is an island characterized by an amazing mix between cultures, being strongly influenced by Europe, Asia and Africa. But Cyprus is also a place with a rich history, as many strived to conquer and dominate it along the centuries. Cyprus has been controlled by the Greeks, the Romans, the Byzantines, the Lusignans, the Genoese, the Venetians, the Ottomans, British and the Turks during the past centuries. And all these empires have left visible marks, influencing the life of the people living their lives on the island.

Under these circumstances, it is quite interesting to note that the people living on the island are proud of their origins; actually, their national identity is quite strong, in spite of the population mixture. However, back in 1974 the island was divided in two parts, even though you can go to Cyprus and enjoy visiting both parts of the island. 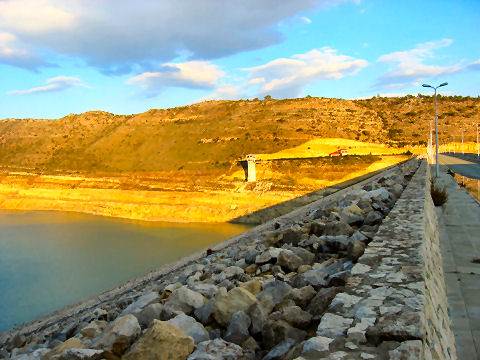 The time of the year when you decide to visit the island will influence the kind of activities you will want to do while being there. The most crowded month of the year is August, when thousands and thousands of tourists come to spend their summer holiday there. On the other hand, it is true that the costs are higher during the most crowded months of the summer. So, if you do not want to spend very much money, try to plan your holiday sometime from October to May, when the island is less populated.

These months are perfect if you enjoy cycling, for example. You could choose one of the many bicycle itineraries and visit the Karpas Peninsula in the North, which is considered to be the most beautiful during the fall months, or simply walk in the countryside and admire the beautiful, varied colors of each season.

If life brings you on the island during winter, you should know that it will rain most of the time; only at higher altitudes, like the Troodos Massif, you will have the chance to see some snow. Fortunately, you could ski on Mt. Olympus, which is located in the South, from the beginning of January until middle of March.

Generally speaking, the summer on the island is hot, with many days hotter than 40 degrees Celsius / 104 degrees Fahrenheit, while the weather during winter is mild and quite pleasant. The sea temperature is above 22 degrees Celsius (72 F) from June to November, and close to 28 degrees Celsius (83 F) in August.

You will discover the fact that the costs associated with spending your holiday in Cyprus are bigger or smaller, depending to what you are used to and the country where you come from. If you come from wealthier countries in the world, you will surely think that a holiday on this island is very affordable; nevertheless, if you come from less wealthy countries, you may consider the prices to be a bit too big.

Despite all of this, the Cypriots’ hospitality is internationally known, and no matter how large your bank account is you will feel welcomed. And since this is an island where tourism is one of the main sources of income, it is no wonder that everybody will try to make you want to feel great there and return some day in the future. And no matter how big or small is your vacation budget, you will surely find a room or an apartment to match the needs that you and your companions might have.